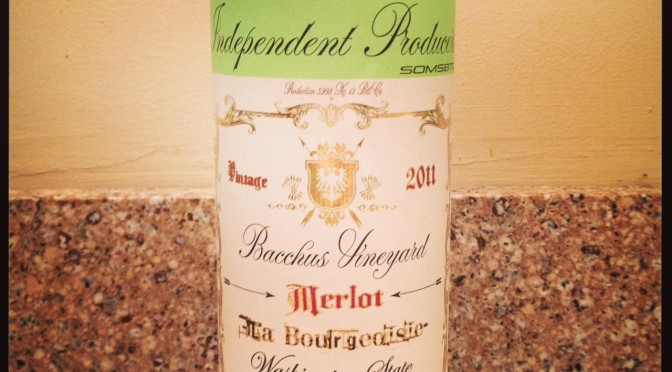 I know I’m late to the show The L Word, but I found myself streaming one episode after another. I stole the above line from Clementine Ford, aka “Molly Kroll” (Cybill Shephard’s both on-screen and real life daughter, FYI). She plays a straight woman who finds herself falling for Katherine Moennig, aka lesbian lothario “Shane McCutcheon.”  I was instantly drawn to this Shane character: a raven-haired, dark-eye make-up wearing yet semi-androgynous chick with a sexy deep voice. She is all lesbian but not in the stereotypical plaid adorning, rat-tail sporting, second date moving-in, softball playing, fanny pack wearing, large canine wielding kind of way. She has major commitment issues, loves to be promiscuous and has all the women swooning at her feet. I was beginning to feel helpless in the presence of her tantalizing, velvety macho powers.

Or, it could have been the bottles of HIP (House of Independent Producers) Merlot that I continuously drank throughout each episode that had me all hot and bothered.

I have enjoyed every bottle of wine I’ve had from Hedges Estate Family of vineyards. I picked up the HIP Merlot at Solo Vino, and polished it off in two episodes. I went back and bought 3 more. That should have tied me over for an entire season but alas; it just had me gayer for Shane and “out” more bottles of Merlot.

What’s so special about this wine? This wine is a product of a single Washington State vineyard, named Bacchus. It just rubs me the right way. I love the way it smells: dark and dank red berries, tobacco, earth with hints of eucalyptus.  I love the way its silky texture slides along my tongue and tickles the back of my throat before I swallow. I love the finish, lingering enough to not overstay its welcome but leave you wanting more.

I fell in love with this wine and was ready to U-haul with it the same night I tried it. Now, don’t get me wrong, I haven’t hopped the train to Lez-ville but I can see how easy it is to fall for something that tickles your fancy [parts].

Now can you see how I could become confused? Was it the wine? Or was it Shane? The Bourgeoisie or Shane’s joie de vivre? I guess I’ll settle for the wine. At least that’s attainable.

I can’t believe I’m writing about an American Riesling. Not because I’m a hater-I look at every wine I dislike as a missed romance- my palate is just not about syrupy, sweet wines. American Rieslings have a reputation of being sweet and thick. While “sweet” and “thick” can be very desirable adjectives for certain things in life, wine is not one of them.

I checked out the new(ish) Elevated Wines & Spirits in South Mpls off Hiawatha Ave. I was welcomed by warm employees as I walked into this great space full of craft beer and wine. The New France [local distributor] rep, Erin, was pouring delicious wines. I told her I was going to make some spicy Mandarin chicken and she asked if I’d tried Kung Fu Girl Riesling. At first I balked at it, seeing it hails from Washington State. Erin told me that she’s not a Riesling drinker by nature but loved this one. So, I took her advice and off I went.

Kung Fu Girl is bursting with zingy apricot, tart apple and peachy floral aromas and tastes. It’s smooth and silky with a layer of lime balanced by minerality. It’s truly an off-dry Riesling and I haven’t had an American one that mimics a German Riesling.

‘Tis the season for corned beef and cabbage, so, on a hunch, I bought another bottle. Constructing the perfect Reuben is quite important to me. The corned beef must be shredded, topped with Frank’s sauerkraut, thick swiss cheese & a healthy dollop of Thousand Island dressing. Oh, and it had better end up between marble rye. I must tell you the Kung Fu Girl Riesling was a pleasant surprise. The zing and tart, balanced by sweetness and minerality, cut through the thick beef/kraut/dressing veil- complimenting it rather than competing with it. This was wine/sandwich perfection. Get your corned beef on for St. Paddy’s Day and I defy you to go against the norm and pair it with this Riesling.

Corned beef aside, this will be my go-to wine for spicy food. it paired swimmingly well with Mandarin Chicken (kissed with Sriracha). I can also see this pairing well with a burrito al pastor, possibly Pad Thai. It’s also going to be a superb Summer sipper. Erin, you vino matchmaking genius, I can’t thank you enough for persuading me to take this girl home.