My brother’s name is Nicholas. Naturally, we call him Nick, but NOT in front of my Grandma Alice. “Call him ‘Nicholas’- he’s not ‘Nick, the Greek.’” she would growl.

Please don’t misunderstand my dear Grandmother, she loved the Greeks. In fact, she had friends in her hometown of South Bend, Indiana from all over: first generation Greek, Polish, Hungarian and Jewish immigrants. She was an educated lil’ spitfire who taught junior high Algebra and Geometry for 30 years, and from whom I inherited my crimson locks and my, ahem, crumb and condiment catching chest. She was the best! Not just because she let me eat countless Ding Dongs, drink coffee at age seven, and parade around the supermarket in my Wonder Woman Under-Roos (though all of those things were AWESOME). Grandma Alice taught me that we have one life, so we might as well enjoy it.

Sure, there are days when I wish I wore a single-digit dress size or jeans that don’t leave a mark on my stomach by day’s end. But I have an appetite for good food and wine, and if you plan to swallow your food and drink, an all wine diet a single-digit size does not make.

I mysteriously received a Greek wine sample last week. It was the first sample in a _long_ time I have deemed worthy of an article. [Also, it was the _only_ sample I’ve received in a long time.] Sigalas Santorini, is a dry white wine made up of 100% Assyrtiko grapes harvested from 60 year old vines. Assyrtiko is a snappy, crisp number. It’s quite pale in color, like diluted Ginger Ale. If you haven’t experienced minerality in a wine, you’ll notice it here. It’s dry with a pithy citrus thing going on. I’d recommend this to New Zealand Sauvignon Blanc lovers. While it doesn’t possess the grassy undertones, the acidity and minerality has me betting it would go over well with those folks.

So, the Greeks can make good wine. Great wine, in fact. Plus, on a hot and humid day, it was perfection. I know, I know, it’s more than $15, so by definition, it’s my Snob bottle of the month. I’m sure you can find it on sale for around $15. If not, bring it to a dinner party and really draw attention to the fact it’s Greek wine. Folks will be fascinated and instantly find you intriguing. There you go, introverts, now you have a party starter.

If Grandma Alice were still around, we’d likely split a bottle of Santorini and give a big ol’ “Na zdrowie!”. Heck, she probably wouldn’t have needed to Google the Greek word for “cheers” like I did. (It’s “Yamas”.) However, we’d both be grateful this wasn’t a red wine, for we’d have looked to see we dribbled wine on our, ahem, shelves.

My quick trip down memory lane, I found a few photos of Grandma Alice and me. 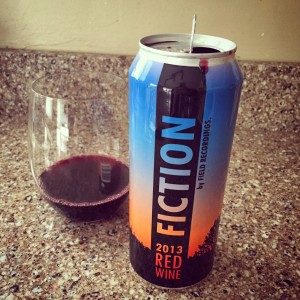 I have been frequenting Surdyk’s for more than 15 years, and still get giddy every time the wine sale flyer comes out. However, the Surdyk’s wine sales are not for the faint of heart. Dare I say, it takes feats of strength (and patience) to manage it. This is typically due to one or more of the following reasons:

1 – The parking lot is a disaster. People drive in from all around the metro, often times in giant SUVs, desperately seeking that rock star spot.

2 – Okay, great, you finally have a spot and are inside. What’s next? People everywhere, carts up and down the narrow aisles, not to mention wine bins every 5 feet. It can look as if people are stocking their bomb shelter, full of nervous energy associated with situations requiring said bomb shelter. Quite overwhelming.

3 – You found your wine- now you need to wait in a cartoonishly long line (hey, that rhymed!). Then, back to the clusterf**k in the parking lot, only this time, with several breakable treasures in tow.

Sold you on going to Surdyk’s wine sale, haven’t I? Not to fret. In my 15 years, I’ve managed this event the wrong way and I’ve done it the right way. Here is my insider’s guide to the “right” way, followed by my top picks.

First off, I cannot believe I’m even giving you this dirty little secret: avoid the parking lot nightmare by arriving shortly after they open. I like to get there by 9:15 a.m. If need be, I’ll conveniently schedule a “doctor appointment” that morning and skip a half day of work. This is the main perk of arriving early: less human clutter. I chat with the little old men in newspaper caps, take my time looking at labels, and you can actually hail a wine associate for their undivided attention.

“Get a cart or not?” That is the question. If you plan to buy more than 8 bottles, get a cart. Otherwise use your eco-friendly wine totes. Do NOT push your cart down the aisles. Surdyk’s even posts signs to thwart this rude act, but the bewildered and stupid still force their carts down the skinny aisles creating an annoying bottleneck. These people should be shot (or at least maimed).

Note that each aisle is marked by country/area of origin. Use these signs to guide you, as the list I’ve created below is categorized geographically. With my system, you could be in and out of there within 15 minutes (hmmm, perhaps an infomercial is in order? Sham-what?).

Now that you’ve learned how to tame the Stegosaurus that is the Surdyk’s Spring Wine Sale, here is a Savvy Lush endorsed smattering of sagacious picks, this list is long enough w/o including the French: