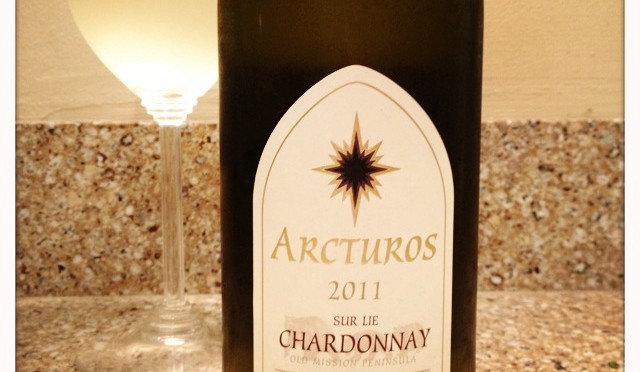 Thanksgiving will soon be here- our time to give thanks for all the riches in our lives. Of course it also means retailers will be forcing sales, deals, and fake holiday cheer down your throat. You likely have plans to see family and friends; some you want to see and, well, a few you kinda don’t. Tis’ the season, right?

What do I love best about Thanksgiving? Why the Thanksgiving feast, silly! A juicy, succulent bird adorned with all the fixings. It’s heavy and warm like a down comforter. And just like a down comforter, it’s dead weight downright paralyzes you. Really, you’ve no choice but employ wine to help cut through all that “stick to your ribs” fare. (Not to mention to help deal with your annoying cousins who won’t discipline their children leaving you to quell their sugar laden spastic behaviors.) Or that drunk uncle that starts singing hymns before crying and then later passing out.

I have the perfect regional wine, from Michigan to be exact- a Chardonnay that’ll knock your socks on your ass: Arcturos Sur Lie Chardonnay from Black Star Farms Vineyards. Black Star Farms has vineyards on both the Old Mission and Leelanau Peninsulas, this is the second Michigan wine from the same area that’s impressed me. Earlier this year, I deemed L.Mawby Vineyard’s Sex as perfect V-day wine http://bit.ly/Xy47T9/L Mawby Sex Yes, Michigan. Home of Gerald Ford, Kid Rock and a city actually named “Colon”.

What’s going on in Northern Michigan? Let me tell you. The Old Mission and Leelanau Peninsulas are located on the Earth’s 45th Parallel. This means it’s smack dab in the middle of the North Pole and the Equator. Other famous wine regions on that Parallel include: Alsace, Bordeaux and Burgundy. Hmmm, imagine that? Awesome juice coming from France lies on the same 45th Parallel as that of Old Mission & Leelanau Counties. Plus, this area is surrounded by Lake Michigan, creating it’s own micro-climate. This not only influences temperature and precipitation, but also, it has it’s own unique terroir going on. Yes, Michigan. http://www.wineriesofoldmission.com/local/upload/file/WOMP-Broch-2013.pdf /Old Mission Wine Map

I was introduced to this wine from our old pal Rodney at Byerly’s Minnetonka, by way of this great lil’ bro/sis duo, Oeno Distribution. I met Anthony (brother) who made me aware of L. Mawby’s Sex. BTW, he’s a saucy little spitfire, so I encourage you to follow Oeno Distribution on Facebook and make it to a tasting near you. Anyways, when I heard this wine came from Oeno, I knew it had to be good.

Rodney poured me a glass of this pale golden nectar. Before I even finished the sample, I was reaching for a bottle to put in my basket. For real. That is not an exaggeration.

Arcturos Sur Lie is an unoaked Chardonnay. Fermented in stainless steel tanks, you’re getting a medium bodied wine with notes of apple, pineapple and citrus fruits. Earlier, I mentioned this area has it’s own terroir. Simply tasting this wine made me realize that. It has a nice expression of steely minerality and fruit that just seem to say “Welcome to Michigan”. [It does NOT say “Welcome to Colon”, thankfully.]

This is a versatile white wine and a great pairing with your Thanksgiving Day feast. That medium body will hold up to those mashed potatoes and gravy. The crisp citrus notes will pair well with that all natural, free-range, organic, Andrea Boccelli-serenaded-whilst-being-slaughtered turkey. Plus, how many of your family members have tried a Michigan wine? Blow away their expectations with this Arcturos Sur Lie Chardonnay. You’ll truly be enjoying the best of the Midwest, savoring and appreciating all of life’s riches.

That is, until you pass out.

The sun is shining once again in our neck of the woods. The veil of clouds, snow, snow-rain mix, sleet and other unwanted precipitation seems to have given way to the golden green of Spring.

My once dark, dead eyes have now opened up, and to what? To Unoaked Chardonnay.

For regular readers of The Savvy Lush, it should be no surprise that I’m shouting the praises, once again, for a Famiglia Meschini creation. Read one that gives a little Meschini history: http://bit.ly/15vRaQd/Famiglia Meschini This wine is 100% Chardonnay that doesn’t touch a lick of oak. Therefore, the buttery, syrupy pear tastes Chardonnay is often associated with are not what you’ll find. Instead, you’ll experience a brighter Chardonnay; one that expresses itself with crisper and more tropical fruit notes. It’s not tart but has snappy acidity that balances out the tropical fruit and light citrus tastes.

I couldn’t have chosen a better wine to inaugurate this beautiful weather we’ve so longed for. Unoaked Chardonnay is a must have at any warm weather social occasion. It will have your white wine drinkers happy and it’ll surprise the hell out of those exclaiming, “I don’t care for Chardonnay.” Win-win

If you love Chardonnay, and are willing to try a twist on the theme, pick this up. If you love Sauvignon Blanc, Soave, Pinot Grigio; pick this up. Plus, at around $10 – this could quickly move straight into your weekly wine night rotation. (PS – it’s on sale at Zipp’s right now!) 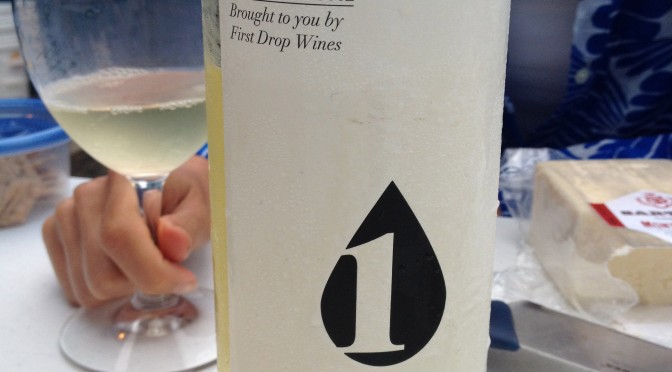 A delayed post once again, but perhaps indicative of the recovery required from last week’s episode of #TasteMyTweet. So, what is this? “#TasteMyTweet” was originated by a few Twitter folks (“Tweeps” in Twitter world speech): Amanda: @sweetnsnazzy, Zipp’s Liquors’ Jeff: @zippswine & Wine Geek TV, and a second Jeff: @WineGeekTV. A wine theme is chosen, everyone brings bottles and tastes each wine then tweets our on-the-spot reviews.

We began with an Aussie white wine called, “The White One” it was 84% Arneis and 16% Chardonnay. This $12 gem was purchased from Pairings in Eden Prairie, and was quite pleasant to drink alone. We also agreed that it tasted great with the Montamore cheese made by Sartori. It was medium bodied, yet crisp. Thought it would compliment roasted or grilled chicken with herbs such as rosemary & thyme.

The third wine was Clancy’s, a Shiraz/Cabernet/Merlot blend I found for $9.99 at Costco. This wine was a juicy, jammy number that we rather liked. It had that dark purplish hue and medium body to it. It was dry, yet fruit forward with tastes of plum, dark cherry and smoky wood. With the $10 price tag on this buy now/drink now Aussie, I’ll buy this again in a heartbeat, and was a highlight for Jeff #2 (sorry for the unfortunate nickname, Jeff).

This was the part of the evening when things began to go awry. I say this because, well, if I hadn’t taken pictures of the wines, this blog entry would have to end here with a series of “Scene Missing” signs. What I do recall is that this was about when bees first entered the picture. You see, we were outside of Zipp’s, somewhat near the dumpsters. We were in a basically odorless patio but the bees found their way to our nectar. Thank goodness Jeff #1 [from Zipp’s], had this tennis racket thingy that electrocutes bees. This is how we started swatting.